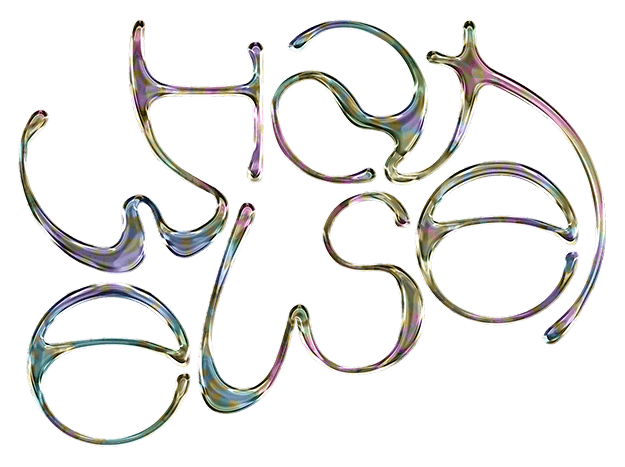 Copy Nature Office is the forward-thinking object, architecture and set-design practice formed by friends and colleagues Umi Ko and Ed Cook. Umi and Ed met during their architecture studies at University of Technology Sydney who ‘confirmed they work well together and are passionate about the same things’. Their name typifies their young practice. The pair who have been friends for years felt dissatisfied with the offering of jobs and decided to create themselves an alternative option.  “We are obsessed with society's obsession with the natural and the original — from “the natural look”, to the squared off national park, to anything but a fake brick. Unnatural things piss people off”.

We speak to Copy Nature Office about their ideas and teachings in their practice and learn how these two young creatives are setting their own path with the information they have been educated on.

‍Charlotte Agnew: Who are you both inside and outside of Architecture?

Ed and Umi: We are Ed and Umi, we are both studying our masters full time at UTS, and should be finishing at the end of next year. We live in Glebe and Newtown and spend most of our time at our studio in Marrickville. We spend all our money on food and materials. Umi is Japanese-Australian and from a long line of architects, Ed is white and doesn’t know many architects. We have a new object, architecture and set-design practice together which we formed earlier this year.

What do you think about how architecture is taught?

Talking about architecture education in Australia, you can not move past the popular consensus of what constitutes architecture is entirely based on the myth of terra nullius: The Boys mastering the rough barren landscape. This myth which is very much so passively and actively in place in architecture education and must be contested constantly in order to better incorporate a genuine consideration of gender, class and race studies. Architects are given a massive amount of responsibility and have the ability to instil or perpetuate selected values — they are far too powerful for what they currently do.

What is it about this learning system that inspired Copy Nature Office? What are you trying to say, and how do you feel different from structured teachings in architecture?

‍‍An architecture degree very much so prepares you to operate within the traditional design-build architecture environment. We created Copy Nature Office following dissatisfaction with the disconnection of the office environment to the university studio environment: We strongly wish to bring theory on class, feminism, anti-colonisation and gender into our own practice, topics which are barely mentioned at the expense of productivity in Sydney architecture practices. An anger at the building of often useless and unwanted luxurious buildings also angers us. Of course, the opportunity to go against productivity is from a place of absolute financial and time affluence — our privilege allows our practice.

Hopefully our name typifies our young practice. We are obsessed with society's obsession with the natural and the original — from “the natural look”, to the squared off national park, to anything but a fake brick. Unnatural things piss people off.

What is the yellow blob project for each of you? What is the meaning behind it?

In the early 1980s, the Wilderness Society and Peter Dombrovski created a romanticised image of pure untouched nature on the Franklin River in Tasmania. The Wilderness Society or, as we like to think of them, the Green Lobby, took advantage of the prevailing heteronormativity of the 1970’s where the “natural” is placed on a sacred pedestal. In response, Hundreds of protesters swarmed south to the river. In May of 1983, the Tasmanian Hydro electric commision, backed by the Tasmanian government, ceased work on the Franklin Dam. After years of waging a political campaign and makeshift water-assault on the workers of the Hydro, The Green Lobby won. A dam which promised jobs and power for 10 years in a struggling Tasmanian economy at the cost of changing the river and affecting the integrated ecosystem, would not be built.

Today a similar situation unfolds in the Murray Darling Basin, except The Green Lobby is absent. Climate change and water mismanagement have left the Murray rivers in frequent drought and caused widespread ecological damage. The local communities and states are in constant dispute with the Commonwealth over water as a resource. Without realising it, the city dweller consumes the Murray River, helping to maintain the steady demand of the basin. The environmental degradation, as a result of the politics of climate change, continues. The Murray Darling is portrayed as the nation’s food bowl exclusively for a post-colonial ‘Australia’, ignoring any other narratives.

Multispecies and people who have existed with the river for millenia are ignored. Unlike the Franklin River, maintaining the “natural” is no longer even a concern. Water as a resource is all that is known. The eurocentric construction of “nature”, that which existed before european settlement and “untouched by man”, excludes thousands of years of human interaction entwined with the river.In creating this hierarchy which celebrates the natural, the “other” is formed and excluded. A new understanding of nature in its affected state is necessary. To be “natural” is to have derived from nature, without having been made or caused by humans. In the current capitalocene, everything has been influenced by human activity. Nature as “natural” no longer exists. The dam on the river is as natural as the river it is on; nothing in the world is as it “was” pre-humans.Just eight years before the Franklin River Blockade, colour TV was introduced to Australia. A nuclear family in Sydney sit down for news hour, their neighbours follow suit. In a beigeoff-the-plan room, a small green window pumps images live and direct from The Wilderness Society. The Wilderness Society’s meticulous media campaign penetrated Australian living rooms and facilitated the desire for escape. A small dose of endorphins is released at the thought of being alone in nature, never mind the million others with the same thought. Escapism here, is used as an apparatus to instil a sense of duty to protect the “nature” that is under threat. The supporters of the lobby are free to academically engage in the matter whilst the workers of the hydro have no freedom of choice.

‍
If we are to prevent the impending climate emergency, do the reasons for doing so — our anthropocentric motivations — matter?

Employing the Wilderness Society’s tactics today, The Green Lobby must market the Murray Darling Basin as an unnatural-natural getaway. A new myth must be created. This will increase the environmental movement’s stake in the region, currently a minor agent in the politics of the river’s future. Here, a contradictory view to the portrayal of the river as “natural” and its enemy, the dam as “unnatural”, is needed: The infrastructural aesthetic and the environment surrounding the Murray must be linked. We are the river, we consume from it: we are unnatural, it is unnatural. If we stop consuming it, it will “return” to how it once was, but this will alter it from how it unnaturally is. All we can take as “natural” — for arguments sake — is the present. What does not appear on the nightly news is the belovedness of the DAM to the Tasmanian people.
‍

Where and how would you continue developing this idea?

‍The methodology. For example, take The Greens movement and reundersating them as a corporate lobby. Here, the lobby is expected to win, the old narrative of the environmental-battler vs the right-wing corporate lobby is inverted and change may occur. This can be applied throughout design, and is perhaps an overly positive stance on causing change.

‍
‍What excites you in your design process?

Reading writers like Bell Hooks, Aileen Moreton-Robinson and Judith Butler, and working out how to use their ideas and reinterpret them into our context within a local sydney architecture. Having something close to autonomy in our own space, with no “9am cluster meeting” or “nice, but not too leisurely” lunch break. So much joy can be gained from the assemblage of ideas — that one moment when you feel that the thing you are making may just portray what you actually want it to. And you are just layering concepts atop, and chasing that balance between fake and actual.

‍Has Fashion played any influence for you in your making?

‍Absolutely. We always love to bring a potentially outsider-perspective — we borrow from fashion in order to achieve this. For this project in particular, we were fascinated with Sankim’s inflatable wearables. The temporality and performative nature of fashion is also hopefully evident in the project. The materiality itself, something fleshy and tactile — not a cold brick, something which can be worn. Architecture is wearable!

‍Who and what currently inspires you most?

‍We draw a lot of aesthetic inspo from Niamh Galea (Ramp Tramp), one of our favourite fashion designers in Sydney. Her work deals with a lot of the things we are interested in and angered by.

Outside of architecture again: contemporary dance. Kenji Wilkie, a curator, dancer and friend who is doing some amazing things in Oslo came to work with us on the yellow blob and allowed us to better interpret movement and form.

Food — and sharing food — is currently exciting us a lot, something we haven't really dealt with in our work, but also something we see as genuine joy. Many hands around the table passing things and heckling, spilled wine and laughter. We want to work within this, bringing a critical lens.

‍Where do you want to (present day) make a difference or impact from your work in Architecture?

‍We cannot change the world or even architecture. We only hope that some of our work can contribute to a wider system of ideas. We are currently leaning into our own infancy, our intention currently is one of self-satisfaction. We are dissatisfied with the offering of jobs and plan to allow ourselves an alternative option. Once we grow as a practice, we will contribute outwards. For now, we will read and learn from those ahead of us. See you at the Shanghai World Fair 2045.